Worried About The Safety Of Orbera Gastric Balloons?

The FDA issued an update to physicians of five reports of unanticipated deaths that occurred from 2016 to present in patients with liquid-filled intragastric balloons used to treat obesity and two additional reports of deaths in the same time period related to potential complications associated with balloon treatment. Five of these patients had received the ORBERA intragastric balloon and all five cases were self-reported by Apollo to the FDA as part of our reporting obligations. The FDA’s letter to Health Care Providers does not indicate that the patient deaths were related to the ORBERA device or the insertion procedures. While the cause of death has not been provided or determined in all cases, Apollo has not received any communication or indication from the attending physicians or hospitals that the deaths have been due to the ORBERA device.

As stated in the US Version of ORBERA Directions For Use updated in June 2017 to report global clinical product surveillance from January 1, 2006 through March 31, 2017, the reported deaths of patients while they had an ORBERA was an incident rate of less than one one-hundredth of one percent (<0.01%) of the more than 277,000 ORBERA balloons distributed in the same time period. In addition the rate since the FDA’s approval of ORBERA in August 2015 is also less than one one-hundredth of one percent (<0.01%). The reported deaths noted in the FDA letter involved patients with the ORBERA balloon placed in Brazil (2), Great Britain, Mexico and the United States. Additional details include: 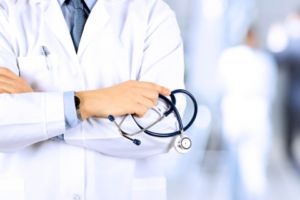 The FDA’s letter reinforces the fact that complications and adverse events can occur within patients having obesity-related co-morbid conditions. Each patient must be appropriately evaluated prior to the decision to place the balloon, especially the potential risks of anaesthesia and an endoscopic procedure. Patients must be monitored closely during the entire term of treatment in order to detect the development of possible complications and each patient should be instructed to contact his or her physician immediately upon the onset of any unexpected symptoms.

The American Society for Gastrointestinal Endoscopy (ASGE) and the Association for Bariatric Endoscopy (ABE)*  have issued a statement in response to the FDA Letter. The ASGE/ABE are taking this opportunity to reinforce what physicians know: that any weight loss procedure, whether surgical or endoscopic, should not be entered into lightly. Patients are selected for these procedures based on their full medical history, and with extensive consideration given to all other methods for losing weight, including diet and lifestyle modifications.

In 2015, ASGE’s Bariatric Task Force published an analysis of data on the Orbera balloon, which was the only such device for which sufficient data was available at the time. This analysis found a mortality rate of .08 percent, or 8 in 10,000 patients. By our estimate, the new data from the FDA, looking at both Orbera and ReShape procedures, indicates a mortality rate of approximately .01 percent, or 1 in 10,000.

Any patient death related to a medical procedure is a tragedy. Because we do not yet know the root cause in these cases, ASGE and ABE urge cautious interpretation and further investigation of the adverse event reports, and will be closely monitoring all information related to patient safety, including management of complications.  Click here for  a copy of the full ASGE/ ABE statement.