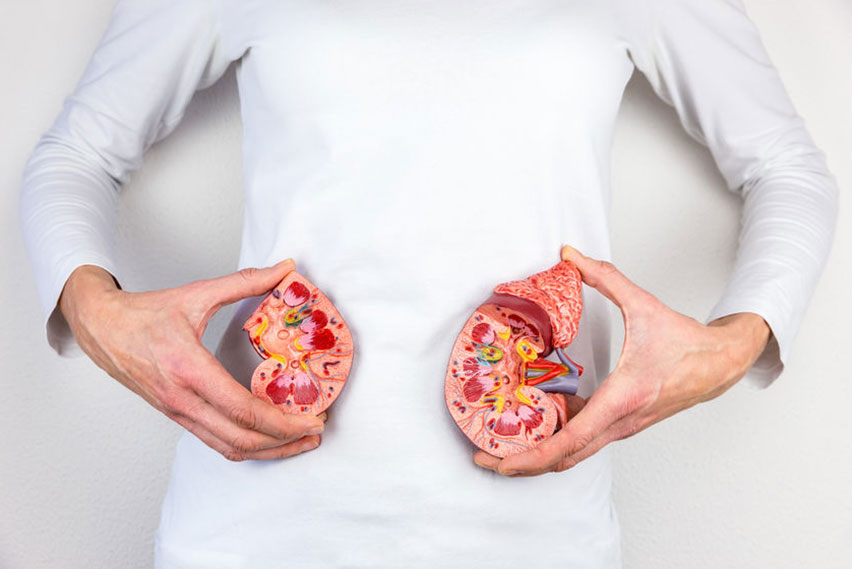 The Hidden Link Between Your Gut and Your Metabolism

“Every day we live and every meal we eat we influence the great microbial organ inside us – for better or for worse.” – Giulia Enders

Heribert Watzke, a renowned food scientist, suggested in a TED talk that we call ourselves “coctivors.”

It’s derived from the word coquere, which means “to cook.”

According to him, our ability to cook helped the human species evolve as it did. It allowed us to develop the big brain that we now have, just by using the energy stored in food.

Furthermore, this technology helped ancient humans migrate to other lands and thrive wherever they went.

As Watzke said, “If you can cook, nothing can happen to you, because whatever you find, you will try to transformit.”

But why is this important?

You see, he also says that these evolutionary factors helped create the connection between the gut and the brain.

The gut – which is made up of the stomach, small intestine and colon – has a lot of layers. It has muscle, submucosa, and nervous tissue.

And the total length of the gut is around 40 meters and can cover 400 square meters of surface.

That’s a lot of real estate to work with.

So in nature’s infinite wisdom, the gut also houses a complex network of 500 million nerve cells and 100 million neurons.

This is why Watzke says that “our gut has a full-fledged brain.”

What does this second brain do, exactly?

Unlike the primary brain, the “gut brain” runs on autopilot. It silently directs a lot of vital functions to keep you alive and healthy.

Once food matter reaches your gut, complex chemical processes and muscular functions kick in to initiate the digestive process.

For instance, this gut-brain of ours knows how much digestive enzymes to release and the amount of nutrients to absorb from food.

The gut also “talks” to the big brain by sending specific signals to it.

For example, feelings of hunger come from the gut. When your “little brain” senses that you’re low on food, it will produce hormones like ghrelin to tell your big brain that you need to eat.

On the other hand, you’ll also produce another hormone called leptin. This tells the brain that you’ve consumed enough food, which means you need to stop eating.

This is the gut’s way of balancing energy in your body. It’s always trying to find the happy middle ground between feeling hungry and satisfied.

Aside from that, the gut intuitively knows how to keep out the bad stuff, like toxins, viruses and bacteria.

If any undigested food or harmful compounds reached our bloodstream, it could be potentially fatal for us.

This is why we have the gut barrier in place. It’s made up of digestive acids, mucus, a protective cell wall and friendly bacteria. All of them work together to keep out foreign threats and expel them out of your body.

So, the gut is a critical player in our health because the majority of the immune system is found in this region.

While the automated brain in our gut isn’t capable of conscious, forward-thinking needed for tasks like driving a car or writing a poem…

…it does share a vital link with our upper brain.

Scientists haven’t fully understood the intricacies and full implications of this connection, but they do know that it impacts our lives in a HUGE way.

Watch this short video here on the road map to beating diseases through better eating.

The Impact of the Gut-Brain-Metabolism Connection

People often use term “gut feeling” – and it turns out that there’s a good reason for that.

As you’ve just learned, the gut houses a sophisticated network of nerve cells. What most people don’t know is that this network is actually connected to our emotional limbic system and central nervous system.

What does that mean? Whatever goes happens in our gut has a direct effect on our emotions and psychological well-being.

For starters, the gut sends out distress signals when something’s not quite right down there.

For instance, a bad case of gas, bloating or other types of discomfort will prompt the gut-brain to communicate with the big brain in your head. This can cause drastic shifts in mood and emotional disposition.

This is important because we only believed that how we felt affected the rest of our body, like our gut. So now it seems that it can also go the other way around.

And that means if doctors treat the gut first, this will directly influence the big brain and relieve conditions like anxiety, restlessness – and even depression.

“…nutrition can play a key role in the onset as well as severity and duration of depression.”

And that makes perfect sense because most (i.e., 50-90%) of the feel-good brain chemicals (a.k.a. neurotransmitters) such as serotonin and dopamine are produced in the gut.

Not only that, the gut is responsible for manufacturing other neurotransmitters which affect your sleeping habits, mood levels and emotional stress.

So, preventing dietary trouble down south is essential to staying happy, focused and positive in your daily life.

A Word on Stress Eating

Who hasn’t felt like digging into a pint of ice cream after a long, tiring day?

It’s a typical response people have when they’re faced with emotional distress. We use food to cover up our feelings, and this isn’t healthy in the long run.

For one thing, the negative emotions you had before binging will still be there after the fact.

And the residual guilt of eating “forbidden” foods will influence your gut brain. This, in turn, messes with your metabolism.

Of course, mindlessly eating unhealthy foods as a coping mechanism will cause you to spike your blood sugar levels and gain weight. That much we know.

But most folks don’t realize that filling the emotional void with food also creates an unfavorable environment for your gut.

Let’s say you sit down to eat a slice of pizza. As you take a bite, your brain’s pleasure center lights up as an incentive for you to eat the same food next time.

However, you’ll also associate that slice of pizza with feelings of guilt and remorse because you believe that you’re not supposed to eat it.

So, your digestive system will “feel” that guilt too, and half-heartedly digest that pizza.

As a result, you won’t metabolize food as well, nor utilize its energy as efficiently.

In other words, your gut will find a way to translate that emotional language into a digestive one.

The trick then is to be mindful of your emotions before taking that first bite.

For example, what kind of feelings do you associate that salad with? What are your motivations for eating it?

Are you secretly telling yourself, “This is my punishment for being overweight…

…or are you thinking, “This salad is giving me the antioxidants I need to stay healthy”?

As such, the kind of message you communicate to your gut will affect the way it breaks down your food.

And I’m not saying that having a positive mindset while eating makes it ok to eat stuff that’s undeniably unhealthy.

However, it does help to check your feelings at the table – especially if they involve self-judgment and self-loathing.

If your gut is out of whack, even the healthiest food in the world can’t fully nourish you the way it’s meant to.

How to Talk to Your Gut

Now, our emotional state is just one way you communicate with your gut.

But what if you could consciously “talk” to that brain in your gut?

What if you could send it an overwhelmingly positive message…

…so your gut can carry that same message to your big brain – and the rest of your body?

Remember, your big brain and gut-brain are constantly talking to each other anyway – even in your sleep.

They’re sending signals back and forth to make sure you’re running at full capacity.

Going back to Watzke’s talk, he said that cooking – and by extension, the food we eat – is the best way we can consciously communicate with our gut.

With the language of food, he believes that we can create signals so strong in the gut that “the big brain cannot ignore it.”

In short, food won’t just allow you to be a part of this communication process – but also ENHANCE it.

With the right food, you can create a healthy feedback loop within your body’s ecosystem.

Ultimately, this will make you happier, give you more energy, free you from disease, and help you live longer.

How to Keep Your Gut Happy

…it’s just as crucial to be aware of the biggest threats to this delicate connection.

As you know, the quality of your food plays a HUGE role in this situation.

That’s why you need to understand how most processed food today messes with your gut. They upset your blood sugar levels and lead you to diseases like cancer and diabetes.

This brand new documentary series explains it all in stunning detail:If you want to know what you and your gut are up against, you need to watch it now: